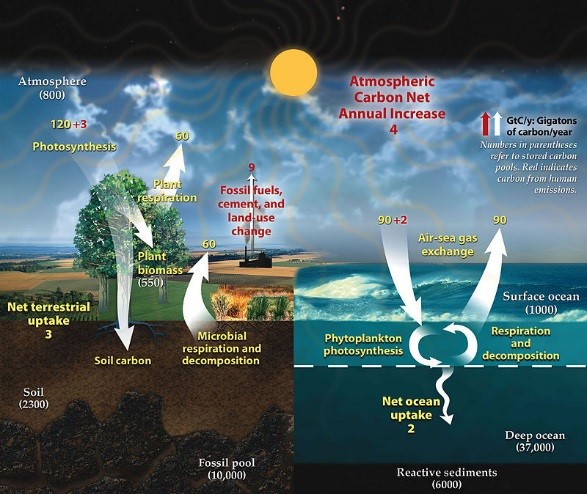 In order to avoid future, catastrophic, climate change we need to urgently and significantly reduce our emissions of greenhouse gases. One of the ways to do this is to manage ecosystems and habitats that act as critical natural carbon sinks. to ensure that they retain as much of the carbon trapped in the system as possible and don’t tend to become sources to the atmosphere.

In Africa, we have modified the structure and function of many ecosystems through land use change and land degradation as a result of burning of forests, conversion to croplands, urban areas, mines and roads. This has altered the relationships between the natural carbon sources and sinks of carbon dioxide. Often the release of trapped carbon as carbon dioxide is accompanied by the release of other powerful greenhouse gases such as methane which exacerbates an already concerning global climate situation.

The African continent has a large and growing role in the global carbon cycle, with potentially important climate change implications.

Africa is highly vulnerable to climate and land use change coupled with a growing population and industrialization which is why it is crucial that we prioritise the protection and management of our natural carbon sinks.

What are carbon sinks?

Put simply, a carbon sink is anything that absorbs and stores more carbon from the atmosphere than it releases as carbon dioxide. Carbon sources include the burning of fossil fuels like coal, gas and oil for energy and transport and agriculture. Natural carbon sinks include oceans, forests, grasslands and soil.

In order for these sinks to absorb the greenhouse gas emissions, we need to protect and manage our natural carbon sinks. Management is key to determining whether they can act as a source of CO2 to the atmosphere or a sink under future climates.

Carbon sequestration is defined as the process of removing and storing carbon from the atmosphere in carbon sinks (such as oceans, forests, grasslands or soils) through physical or biological processes, such as photosynthesis in plants. When the plants die and decompose, some of the carbon is transferred to soil. In the ocean, marine animals also take up the gas for photosynthesis, while some carbon dioxide dissolves in the seawater.

Temperate forests absorb between 10 and 20 tons of carbon dioxide per hectare each year through photosynthetic conversion into starch, cellulose, lignin, and wooden biomass. A 40-year study of African, Asian, and South American tropical forests by the University of Leeds, shows tropical forests absorb about 18% of all carbon dioxide added by fossil fuels. Truly mature tropical forests, by definition, grow rapidly as each tree produces at least 10 new trees each year. Based on studies of the FAO and UNEP it has been estimated that Asian forests absorb about 5 tonnes of carbon dioxide per hectare each year. The global cooling effect of carbon sequestration by forests is partially counterbalanced in that reforestation can decrease the reflection of sunlight (albedo). Mid-to-high latitude forests have a much lower albedo during snow seasons than flat ground, thus contributing to warming.

Furthermore, forest carbon moves between the atmosphere (as carbon dioxide) and the tree (as carbon) in a continuous cycle, known as the forest carbon cycle and carbon can be released at any time through deforestation or forest fires.

Historically the international focus on carbon sinks has been on afforestation and avoiding deforestation (REDD+). However, there is a need to restore and sustainably manage grasslands and savanna ecosystems because grasslands are key carbon sinks. Interestingly, carbon accumulation in grassland ecosystems occurs mainly below ground where soil organic matter is located. In South Africa, over 60% of the national terrestrial carbon stock is located in grassland and savanna ecosystems – and within these two ecosystems, over 90% of the total carbon pool is located mainly belowground mainly in the form of soil organic carbon (Department of Environmental Affairs, 2015).

Besides carbon sequestration, grasslands are important because they contribute to both mitigation of and adaptation to climate change e.g. prevention of floods etc, improvement of land and ecosystem health and resilience, biological diversity and water cycles while serving as a basis of agricultural productivity and economic growth (Food and Agriculture Organisation of the United Nations, 2010).

‘The ocean is the largest carbon sink on Earth.’ (Laffoley & Grimsditch, 2009) and oceans absorb more than a quarter of the carbon dioxide that humans put into the air. Besides their ability to sequestrate carbon, oceans are key ecosystems because of the significant goods and services they provide such as food security.

Coastal wetland ecosystems, which are made up of salt marshes, mangroves, kelp forests and seagrass beds, are particularly important as carbon sinks because their plants tend to grow faster than terrestrial plants, allowing them to capture large amounts of CO2 and because their soils are largely anaerobic (without oxygen) so carbon that gets incorporated into the soils decomposes very slowly and can persist for hundreds or even thousands of years (carbon storage).

For African countries with long coastlines and extensive coastal vegetation, coastal ecosystems are of high importance to the wellbeing of Africans because of the significant goods and services they provide as well as carbon management potential. Therefore, African countries need to reduce the sediment run-off from land; replant mangrove forests that have been displaced due to urban development and aquaculture; and stop over-fishing in their waters.

Soils represent a short to long-term carbon storage medium, and contains more carbon than all terrestrial vegetation and the atmosphere combined. Plant litter and other biomass including charcoal accumulates as organic matter in soils, and is degraded by chemical weathering and biological degradation. To put it simply, the extent to which C can be taken out of the atmosphere by plants and stored in the soil is important in mitigating the impact of increased emissions. The sequestration or ‘locking up’ of carbon in the soil has acquired new importance in recent years in the context of climate change.

A report by the Food and Agriculture Organisation (FAO) notes that carbon sequestration by soil is likely to be one of the most cost-effective ways to reduce CO2 in the atmosphere. Additionally, soil carbon is important as a key aspect of soil quality.

Over 95% of the terrestrial carbon stock in grassland and savanna systems is located below ground in the form of soil organic carbon. It can rapidly be released into the atmosphere through the process of ploughing as soils are turned over and the carbon exposed to the atmosphere. Together with this substantial release of carbon from the top 30 centimetres, there is also the loss of additional benefits that organic matter provided, in terms of soil nutrient, water retention etc.

Current agricultural practices lead to carbon loss from soils. It has been suggested that improved farming practices, such as low or no tillage; mulching, crop rotation and cover cropping, could return the soils to being a carbon sink. Present worldwide practises of overgrazing are substantially reducing many grasslands’ performance as carbon sinks.

Furthermore, changes in agricultural practices that increase C sequestration can also improve water quality (water infiltration and water holding capacity of soils) water quality is further enhanced by an associated reduction in soil erosion and sedimentation. Increase soil’s ability to retain water that falls on it and passes through it.

Scientists are looking for ways to artificially sequester, or store, carbon dioxide underground. For carbon to be sequestered artificially (i.e. not using the natural processes of the carbon cycle) it must first be captured, or it must be significantly delayed or prevented from being re-released into the atmosphere (by combustion, decay, etc.) from an existing carbon-rich material, by being incorporated into an enduring usage (such as in construction). Thereafter it can be passively stored (usually buried) or remain productively utilized over time in a variety of ways. Examples of this include the capture of carbon dioxide from flue gases at power stations (in the case of coal, this coal pollution mitigation is sometimes known as “clean coal”).

However, artificial sequestration is expensive, energy intensive and relatively untested – so we don’t necessarily know what the long-term effects will be of trying to artificially sequester carbon.

There are eight key terrestrial implementation opportunities to increase carbon sequestration and mitigate against climate change on land. These include:

While protection and management of carbon sinks is important, it is equally important to continue reducing our anthropogenic emissions of greenhouse gases through reducing fossil fuel emissions to zero. 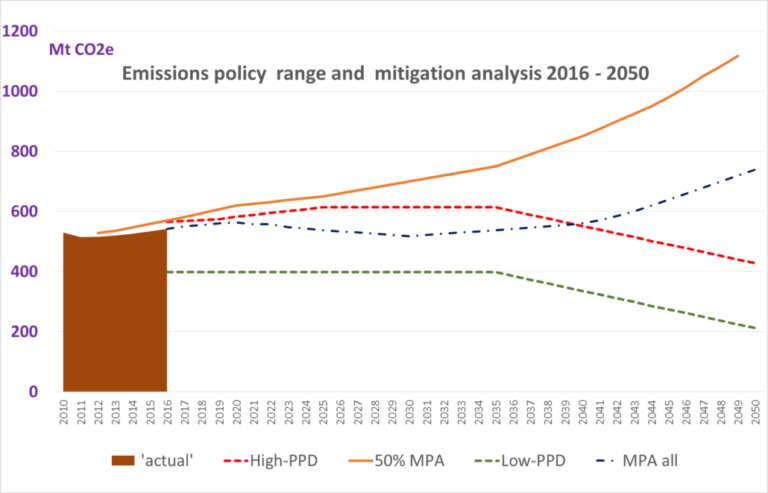 A position paper written by Richard Worthington for African Climate Reality Project Abstract: South Africa lacks clear climate change mitigation objectives and what is stipulated in policy is inconsistent with the global mitigation objective that we have signed on to, under the Paris Agreement. There is an urgent need to elaborate the desired emission reduction…